Visitor Attractions on the Causeway Coast

Blackrock House in Portrush is a great base to explore Northern IrelandÃ¢€™s most famous tourist attractions, iconic Game of Thrones®film locations and world class championship golf courses. With local knowledge and a career in International Travel &Tourism, Nicola has the best insider tips!

The Causeway Costal Route is world renowned and links to the Wild Atlantic Way, offering a stunning 120-mile scenic road trip from Londonderry to Belfast. Portrush is around halfway so Blackrock House is the perfect place to unpack and explore the hidden gems on the North Coast of Ireland.

Just a 5 min drive from Blackrock you will encounter the dramatic ruins of Dunluce Castle perched upon a precipitous cliff edge First built by the MacQuillan family around 1500, the earliest written record of the medieval castle was in 1513. Dunluce has endured famous warriors, violence, intrigue and rebellions. Visitors can explore the finds of an archaeological dig within the cobbled streets and Mermaids cave beneath. The dramatic history of Dunluce is matched by tales of a banshee and how the castle kitchens fell into the sea one stormy night in 1639. 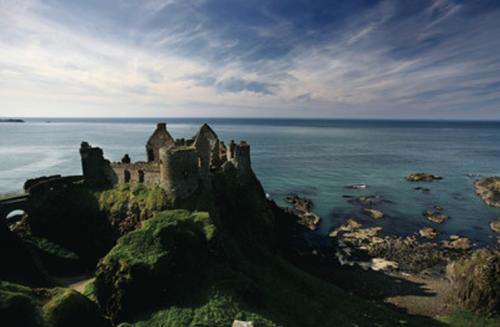 Carrick A Rede Rope Bride was first erected by salmon fishermen over 250yrs ago, the rope bridge offers wonderful views out towards Rathlin Island, and on a clear day, you could even spot the Scottish Islands which lie across the North Channel. Test your head for heights as you cross the suspended swinging bridge 100 foot above the Atlantic Ocean. Watch out for basking sharks often swimming along below. 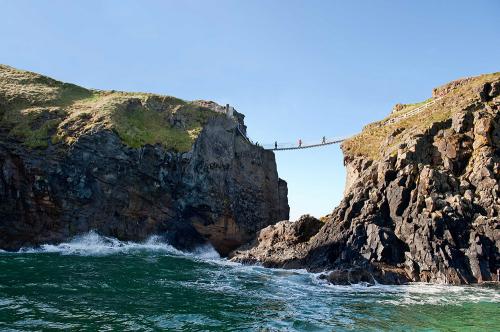 The Dark Hedges Stride down the Kingsroad Arya Stark escaped alongside the Night's Watch. The Dark Hedges provides a superb backdrop of 200year old beech trees, with their twisting trunks making magical, mystical light.  Walk this legendary road and transport yourself to the Seven Kingdoms. At the very end of the Dark Hedges lies Gracehill House where you can see one the Game of Thrones®doors carved from a storm damaged tree. 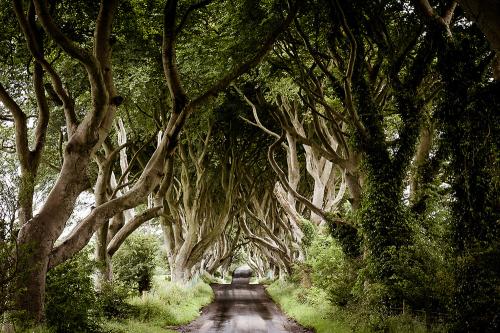 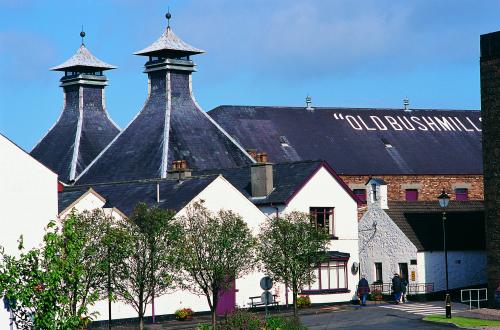 Mussenden Temple is located in the striking 18th century ruins of Downhill Demesne near Castlerock. Perched dramatically on a 120 ft cliff top, high above the Atlantic Ocean with spectacular views over Downhill Strand towards Magilligan Point and County Donegal and east to Castlerock beach, Portstewart, Portrush and Fair Head. The temple was built in 1785 and forms part of the estate of the Bishop of Derry. Built as a summer library, its architecture was inspired by the Temple of Vesta near Rome. 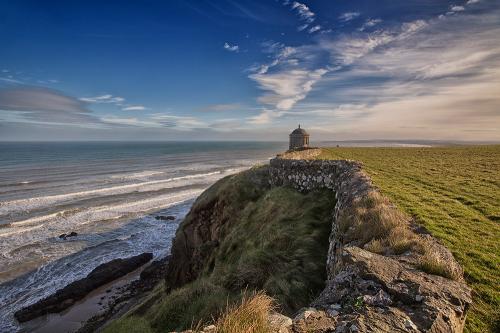 Enjoy the peace and quiet of Island life. Take the passenger ferry from Ballycastle (25 to 45 mins) to the quaint port on Rathlin Island. Walk, bike or bus to the RSPB seabird centreÃ¢€™s unique Ã¢€?upside-downÃ¢€™lighthouse. Here telescopes are set up for you to spot nesting puffins on the cliffside. On the way back to the harbour look out for little church yards, basking seals and golden hares. 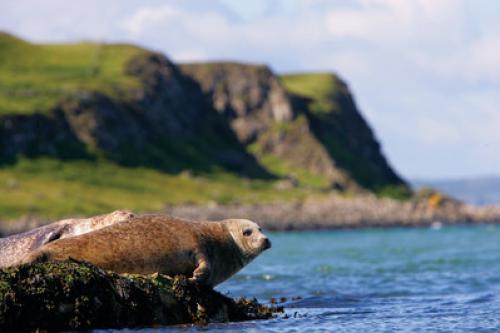 Visit the home of Titanic- a must see top attraction just 1hour drive from Portrush! Titanic Belfast is the world's largest Titanic visitor experience costing £24m to build telling the story through 9 interactive galleries. Pre-book a time slot;tour approx. 2.5hrs. Outside, walk the decks of the last remaining White Star vessel, SS Nomadic, or immerse yourself in the historic Slipways as you uncover the true legend of Titanic, in the city where it all began. Have lunch next door in the historic Titanic Hotel where the original architectÃ¢€™s drew plans for the ship. Located on the Titanic Slipways see the Game of Thrones®themed stain glass window - Glass of Thrones, which is a fitting tribute to the Iron Throne. ItÃ¢€™s got a built-in stool so you can get a selfie on the throne overlooking Titanic Studios that brought Game of Thrones®to life! 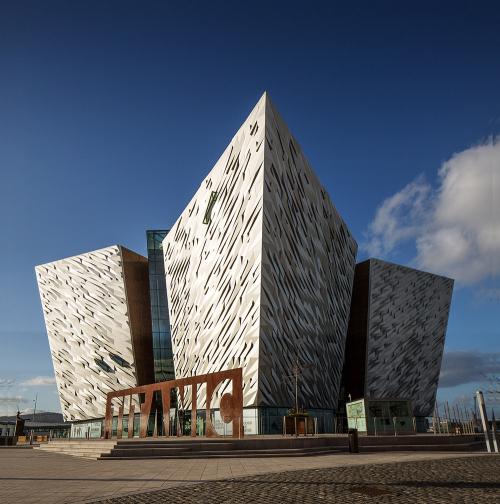